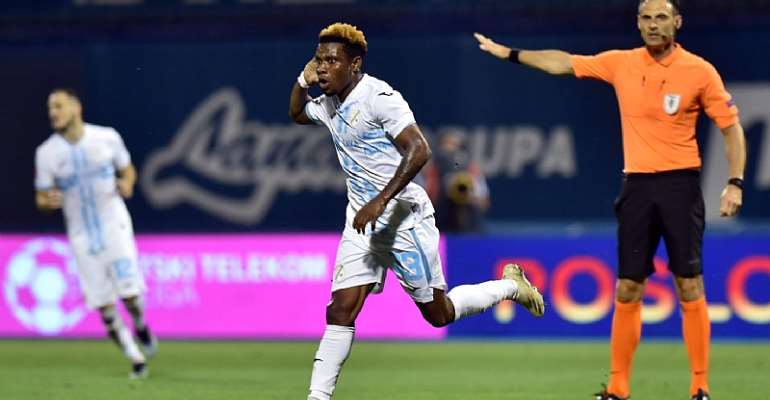 Youngster Issah Abass has finished the weekend as the highest rated Ghanaian player abroad after his outstanding performance for HNK Rijeka in the Croatian top-flight league.

On the back of another exciting weekend of football action around the world, Modernghana Sports with the help of partner SofaScore brings to you the best performing players abroad.

Over the last few weeks, highly-rated teenager Forson Amankwah has always come out tops due to his impressive exploits in Austria.

Although he is in the latest list of top 10 rated Ghanaian players abroad in this edition, he comes in second place after surrendering to in-form Issah Abass.

Abass, 23, featured for Rijeka on Sunday and starred with a crucial goal that inspired the team to come from behind to defeat HNK Gorica in the Croatian HNL.

Meriting a high-rating of 8.4, the talented forward deservedly leads the pile of top 10 Ghanaian players abroad.

Besides Forson Amankwah who comes in second, there is also midfielder Majeed Ashimeru, winger Kamaldeen Sulemana, as well as veteran forward Solomon Asante.

Besides the top rated Ghanaian players abroad, Andre Ayew also displayed good form on Sunday evening where he scored in his third successive match to help Al-Sadd SC to hammer Al-Shamal 7-2 in the Qatari Stars League.

There was also Kwesi Okyere Wriedt, Asumah Abubakar-Ankrah in action for their various clubs.

Later this evening, Jordan Ayew is likely to feature for his Crystal Palace outfit when the team hosts Brighton & Hove Albion in the English Premier League.