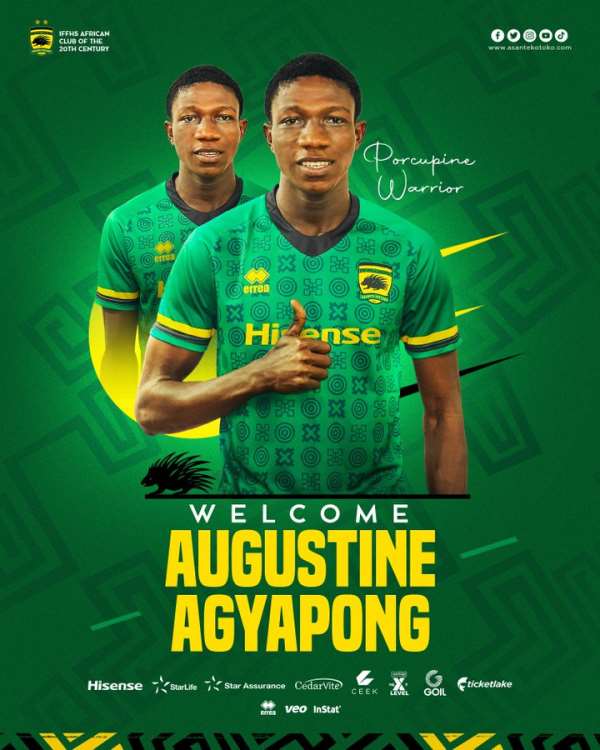 Asante Kotoko have announced the signing of Augustine Agyapong on a four-year deal.

The 17-year-old has joined the Ghana Premier League ahead of their 2021/22 season's campaign.

Agyapong gave out crazy performance and numbers so far contributing to massive 28 goals in the season; scoring 3 and providing an incredible 25 assists in 18 matches for the 'One Dream One Team' outfit.

The 17-year-old provided the only assist last Saturday when they narrowly humbled Bectero Sasana FC in the final playoff round to cruise to the final four of the middle league.

However, Asante Kotoko have also reached agreement with Medeama SC duo Richard Boadu and Samuel Appiah, a move which will be made official by the close of the week