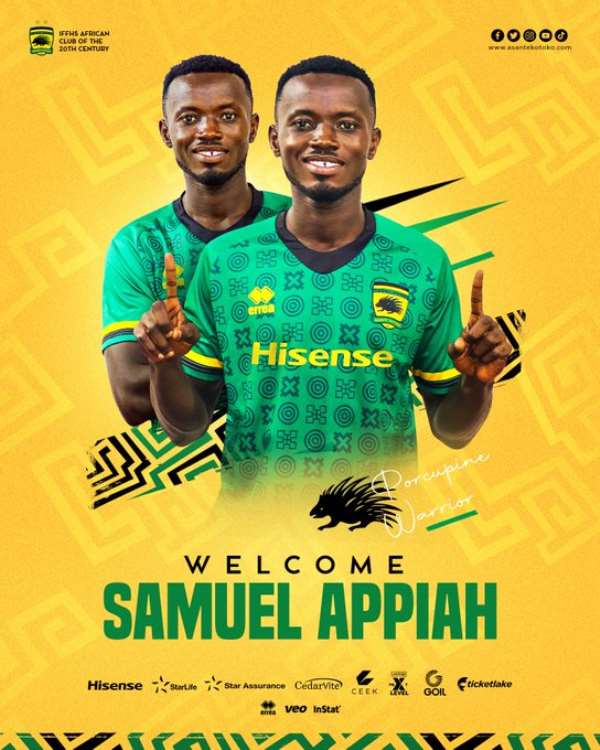 The right wing-back signed a three year deal with the Porcupine Warriors ahead of the 2021/22 Ghana football season.

Appiah made 22 league appearances in the 2020/21 season for the Yellow and Mauve.

The former cornerstone defender joined Medeama in 2018 after impressing at Division One League side Phar Rangers.