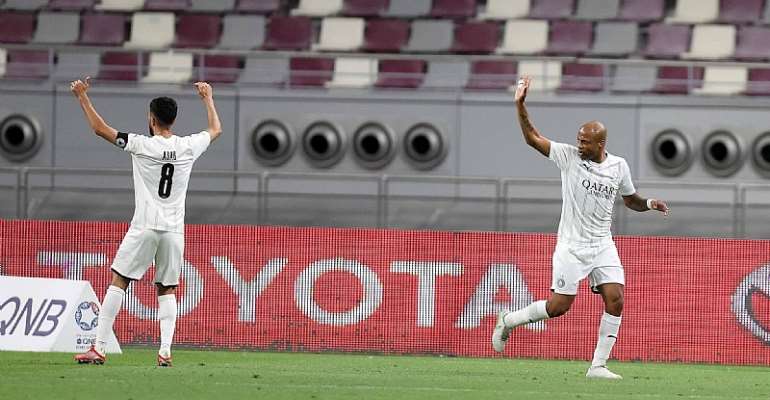 Ghana forward, Andre Dede Ayew scored in his third successive game for Al-Sadd SC on Sunday when the team battered Al-Shamal 7-2 in the Qatar Stars League.

The exciting attacker today started in another game for his team when they hosted the matchday four opponent of the ongoing 2021/2022 league season in Qatar.

With his team starting very well, they had a 2-1 lead after just 13 minutes into the first half.

Two minutes later, Andre Ayew showed good positional play when he latched onto a shot before putting the ball at the back of the net of Al-Shamal to increase the lead for his team.

In a game where Andre Ayew worked his socks off, goals from Ali Assadalla, Yousuf Abdurrisag, Rodrigo Tabata plus a brace from Baghdad Bounedjah and own goal from Mattias Nani saw Al-Sadd SC winning 7-2 at the end of the contest.

On the matchday, Mosel Al-Yazidi and Khalaf Saal AlMalki grabbed the two consolation goals for Al-Shamal.