Juventus into top half of Serie A with second consecutive win 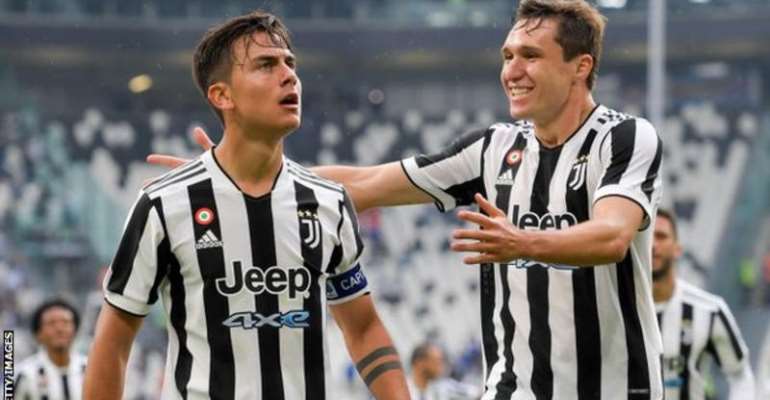 Juventus beat Sampdoria to earn a second successive league victory and climb into the top half of Serie A.

Paulo Dybala fired into the bottom corner after 10 minutes but left the pitch in tears after picking up an injury soon after.

Leonardo Bonucci doubled the hosts' lead with a penalty but Maya Yoshida's header made it 2-1 before half-time.

Manuel Locatelli struck what proved to be the winner, as Juventus held on after Antonio Candreva's late response.

Juventus recorded their first Serie A win of the season last time out, coming from behind to beat Spezia 3-2 in a match billed by manager Massimiliano Allegri as a "relegation six-pointer".

Two points from their first four matches had left Juventus in the bottom three, but the back-to-back wins have taken Allegri's side up to ninth in the early standings.