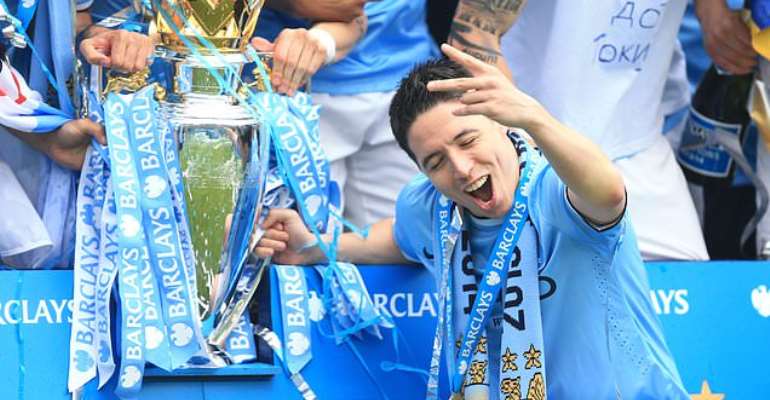 Samir Nasri has confirmed his retirement from football at the age of 34.

The former Manchester City and Arsenal attacking midfielder had been without a club since leaving Anderlecht last year.

Nasri, who also had a brief stint at West Ham, twice won the Premier League as a player at the Etihad Stadium and was named in the 2010-11 PFA Team of the Year.

He scored five goals in 41 appearances for his national side, making his final appearance in 2013.

Nasri received a six-month ban, later extended and back-dated by a further 12, in 2018 after being found guilty of doping offences.

The Frenchman received an intravenous drip at a clinic in Los Angeles in breach of World Anti-Doping Association (WADA) rules.

Nasri explained that the incident had badly affected him and maintains that he did nothing wrong.

"I found that more than unfair - I had not taken any doping product. It was just an injection of vitamins because I was sick.

"That stopped me in my tracks."
Nasri, now a pundit for Canal+, explained that no challenge had excited him after his reunion with Vincent Kompany at Anderlecht did not work out as planned, with a return to hometown, boyhood club Marseille not an option.

"There was an emotional side, but also the idea of being a player and coaching, too," Nasri said of his time in Belgium. "I told myself that I would learn with him, [but[ it didn't go as planned.

"Then [the Belgian league] stopped because of Covid and afterwards I didn't necessarily want to [continue]. No challenge excited me. And I couldn't see myself coming back to France if it wasn't to Olympique Marseille."