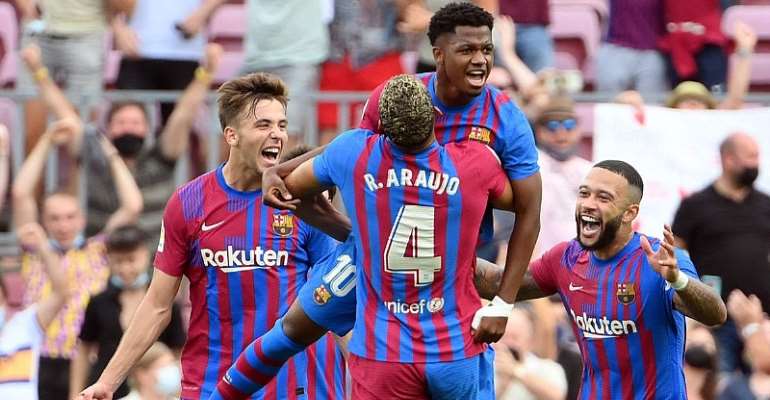 Ansu Fati has thanked Barcelona for handing him the fabled number 10 jersey he has inherited from Lionel Messi.

Fati, who wore number 22 last season, is seen as the great hope for Barca in the post-Messi era.

He returned from 10 months on the sidelines against Levante on Sunday, and he marked his return with a goal from the bench.

He was mobbed by his teammates after netting the third in the 3-0 win and was quick to praise the club’s medical staff who nursed him back from his knee injury.

“Thanks to the doctors and everyone who has been with me through all this,” Fati said. “And the fans who have been unbelievable."

Commenting on taking on the shirt from Messi, Fati said:

I AM PROUD TO WEAR THE 10 AFTER LEO; HAPPY WITH THE CLUB AND CAPTAINS FOR THE OPPORTUNITY.

Barca are in a period of transition following Messi's exit, with coach Ronald Koeman under pressure. Despite the problems, Fati says titles are the target.

“We are Barca and we have to aim to win everything - La Liga, Champions League, all the competitions," Fati said. "We have to fight and work for that.”