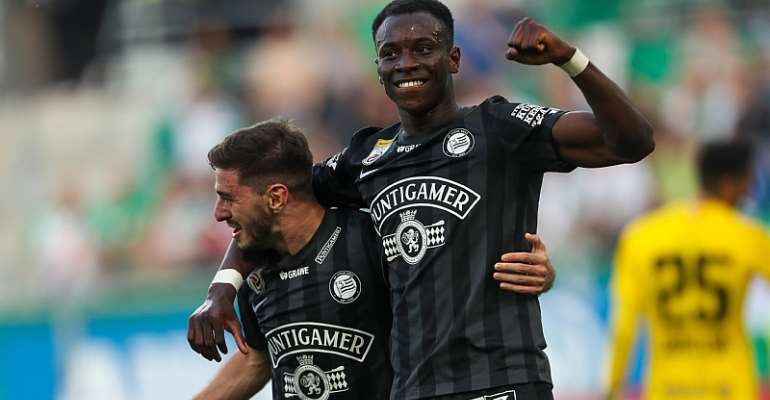 Italian-Ghanaian striker, Kelvin Yeboah was on target for his SK Sturm Graz outfit when the team battered Rapid Wien 3-0 in the Austrian Bundesliga on Sunday afternoon.

The young forward has been impressive form since the 2021/2022 football season commenced.

In a matchday 9 encounter of the ongoing Austria Bundesliga campaign today, Kelvin Yeboah started and opened the scoring for the visitors in the 38th minute with a fine strike.

Going on to perform at the top level in the second half, the highly-rated youngster helped SK Sturm Graz to score two more goals.

Courtesy of the additional goals from Jon Gorenc Stankovic and Ivan Ljubic, SK Sturm Graz managed to secure all three points on the back of a pulsating 3-0 victory against Rapid Wien.

With his goal today, Kelvin Yeboah has now scored seven goals this season and also has two assists to his name from nine appearances in the Austrian Bundesliga.

He turned down an invite to play for the Black Stars of Ghana last month in favour of the Italy U-21 national team.