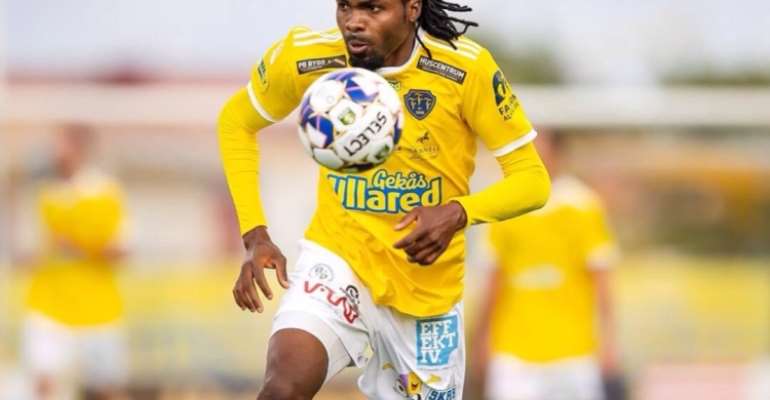 Ghanaian international, Kwame Kizito has started serving a three-match ban in Sweden after receiving a straight red card last weekend while in action for Falkenbergs FF.

The striker in a game against Osters IF in the Swedish Superettan elbowed an opponent and ended up being sent off for gross indiscipline during a football match in accordance with the rules of the Swedish FA.

For his punishment, he is set to miss three matches and will only return to action in mid-October after the international break.

Today when Falkenbergs FF played as a guest to GAIS, Kwame Kizito watched from the stands as his team drew goalless at the end of the 90 minutes.

It is just the start of his three-match ban and he is expected to miss to more matches in games against Landskrona and OIS.

His absence is expected to cost Falkenbergs FF especially when he is currently the top scorer of the club in the Swedish Superettan with six goals.