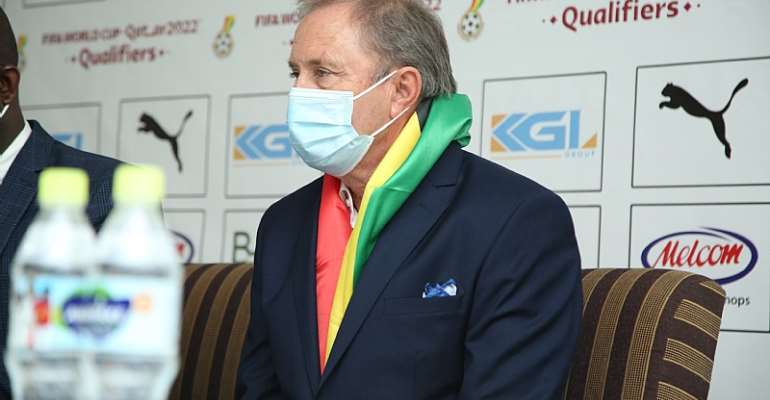 The newly-appointed head coach of the Black Stars, Milovan Rajevac has stressed that he will be solely responsible for call-ups to the national team when there are assignments.

The Serbian tactician on Friday, September 24, 2021, was announced as the new head coach of the national team of the West African country by the Ghana Football Association (GFA).

Speaking at the press conference of his unveiling, Coach Milovan Rajevac has noted that although he will seek the opinion of his employers when necessary, he will always be in charge of the invitation of players for the Black Stars.

“It is very important to build and maintain a good relationship with the leadership of the GFA. But when it comes to the selection of players into the team is my responsibility,” the new Ghana coach told journalists.

This becomes the second time coach Milovan Rajevac has been given the Ghana national team job.

He first worked with the Black Stars between 2008 and 2010 where he played at the Africa Cup of Nations and the FIFA 2010 World Cup as well.

For his second stint, he will be working with Maxwell Konadu and Otto Addo as his two assistants.

No machinations will break ordained Alan as NPP choice for 2...
48 minutes ago