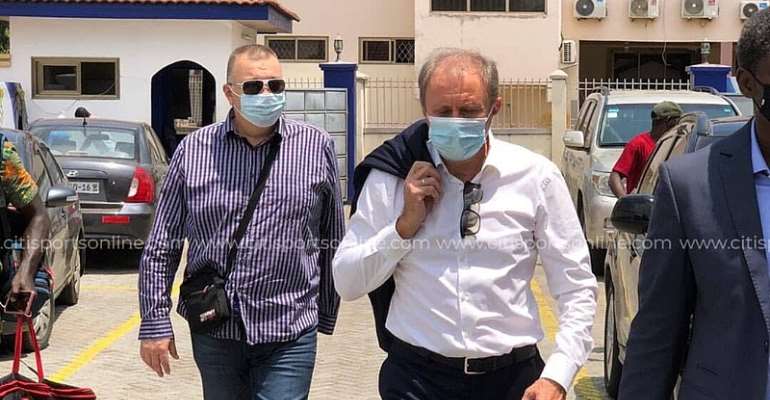 Serbian tactician, Milovan Rajevac has arrived at the secretariat of the Ghana Football Association (GFA) ahead of his official appointment as the new head coach of the Black Stars.

The Black Stars head coach job has become vacant these last few weeks after the Ghana FA took the decision to sack coach CK Akonnor on the back of the national team’s defeat to South Africa in the 2022 FIFA World Cup qualifiers.

Following the formation of a three-member committee to find a new head coach for the Black Stars, an agreement has been reached to re-appoint Milovan Rajevac for the job.

All talks have been completed and hence the Ghana FA is hosting a press conference this afternoon to officially confirm the appointment of the Black Stars new head coach.

In the last hour, coach Milovan Rajevac and his interpreter were spotted arriving at the GFA secretariat.

He was also in the company of Ghanaian coach Maxwell Konadu who is set to serve as a deputy Black Stars head coach for another term.