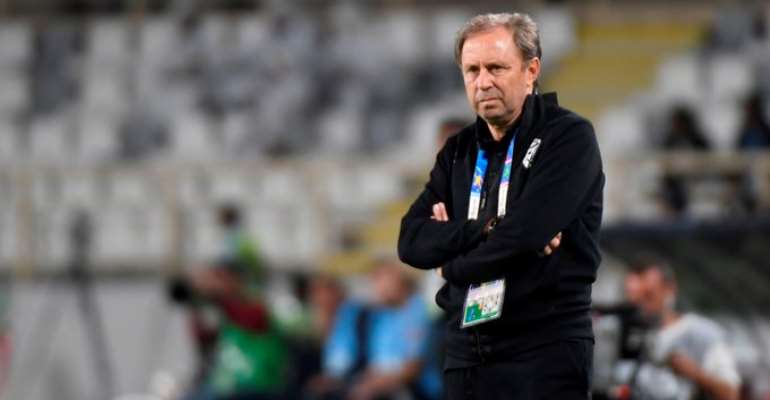 A presser will be held later today by the Ghana Football Association to announce the 64-year-old as the new Ghana coach.

Milovan will replace CK Akonnor who was sacked last week together with his two assistant coaches.

Konadu, who is the head coach of Legon Cities is making a return two years after he left the Black Stars.

He had served as assistant to Kwasi Appiah and Avram Grant from 2014 to 2019. It’s however unknown whether he will quit as head coach of Legon Cities.

He held discussions with GFA and government officials before signing his contract.

Milovan has signed a two-year contract and will be paid a monthly salary of $32,000 – $7,000 more than what Akonnor is reported to have earned with his interpreter also taking $3,000.

But less than the $35,000 that Kwesi Appiah reportedly earned a month in his second spell.

Rajevac will be paid a bonus of $300,000 if Black Stars win next year’s Africa Cup of Nations in Cameroon.

Ghana have failed to win Africa's most prestigious trophy since 1982.

The same amount will be given to Rajevac if qualification to World Cup which will be held in Qatar next year is secured. In total, Milovan will take home $600,000 should achieve the two task.

In his first spell, Rajevac qualified for the World Cup in South Africa. The Black Stars were among the eight best teams in that tournament.

Also, he guided the Black Stars, rocked by injuries to several key players, to the 2010 Afcon final in Angola.

Rajevac’s first game is a World Cup qualifier against Zimbabwe in Cape Coast on October 9. Four days later, he will be in the dugout for the return leg in Harare.

The Black Stars are a point behind leaders South Africa in the race for who finishes first in Group G.

Group G and other group winners will go into five two-leg playoffs with the winners qualifying for the World Cup.

Ghana are seeking to return to the Mundial having missed out in the last edition host in Russia in 2018.

13 Nigerians who engaged Police in gun battle at Weija reman...
6 minutes ago