Asante Kotoko: We have the quality to win trophies - Prosper Narteh Ogum 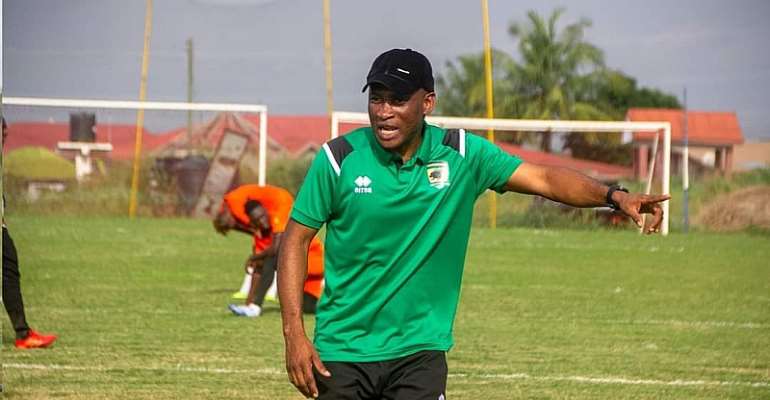 Asante Kotoko head coach, Prosper Ogum Narteh believes his side has the quality to win trophies ahead of the 2021/22 football season.

Speaking to the press for the first time, Ogum reiterated that the club has the quality and talent to win trophies ahead of the new campaign.

“I think we have the quality to let us play and win trophies this season. I believe that talent will always win you games, teamwork will let you win championships,” Narteh told the media at the training ground.

“I believe that the quality we have now if I’m able to blend them into a good team that knows its structure, that knows how to move with and without the ball, tactical awareness, what they have to do with and without the ball and giving them information about the opponent – how the play on offence and defense, I think once these things are done at training, with the quality we have in the team, we should be good to go,” he added.

Richmond Lamptey, Clinton Opoku from Phar Rangers and defender Maxwell Agyemang from Wamanafo Mighty Royals have all joined the club.

Asante Kotoko finished second last season behind fierce rivals Hearts of Oak and only reached the quarterfinals of the FA Cup and are hoping for an improvement.

Narteh also guided his former club WAFA to finish third, behind Kotoko and he is expected to work magic around for the Porcupine Warriors this season.