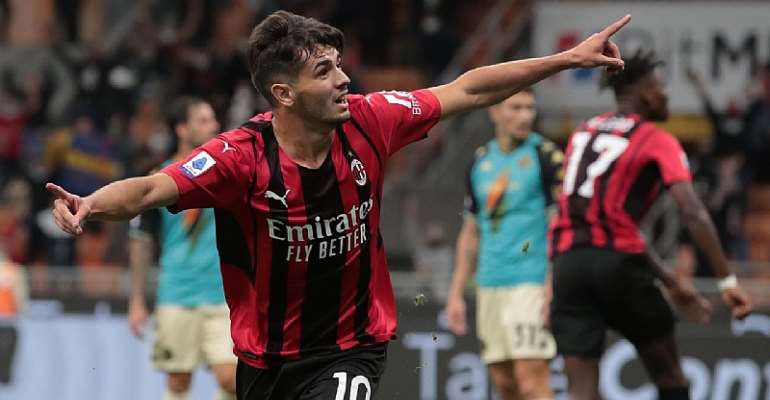 Brahim Diaz's first goal at the San Siro helped a much-changed AC Milan climb back into second in the early Serie A table with a 2-0 victory over newly-promoted Venezia.

The Rossoneri were without the injured Zlatan Ibrahimovic and Olivier Giroud, and without a recognised striker, the dominant hosts failed to find the opener until the 68th-minute when Diaz slotted home.

In the first half, the unmarked Ante Rebic went closest when he headed over from point-blank range, while Alessandro Florenzi's glancing header fizzed just wide.

Milan's frustration grew after the restart as Diaz blazed over from a dangerous position, before boss Stefano Pioli made a triple substitution, bringing on Fikayo Tomori, Alexis Saelemaekers and Theo Hernandez.

The latter two made an immediate impression, with Theo Hernandez setting Diaz up on a plate for the opener, and the France international capped a fine cameo when he made sure of the points with a low shot into the corner of goal eight minutes from time, with Saelemaekers grabbing a fine assist.

Victory means Milan have 13 points from a possible 15 as they move level at the top of the table with arch-rivals Inter, who have a superior goal difference.