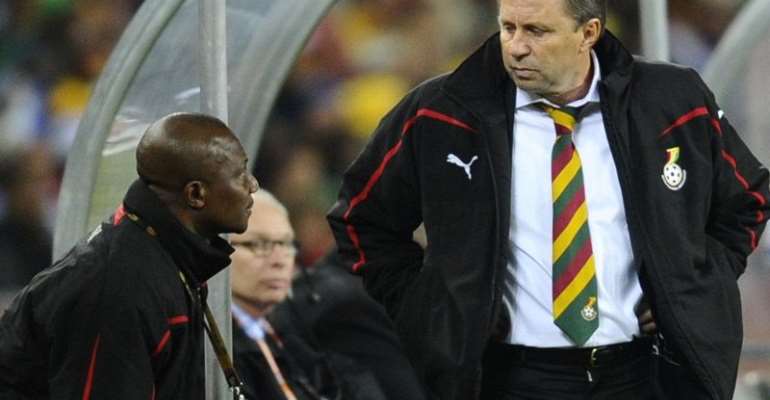 Kwesi Appiah served as an Assistant Coach to the Serbian trainer from 2008 to 2010.

The duo guided the Black Stars to the finals of the 2010 Africa Cup of Nations in Angola and also a quarter-final berth at the 2010 World Cup in South Africa.

Speaking to Untold Stories TV GH, Kwesi Appiah says with all the Coaches he worked with, it is Milo that played a huge role in his career.

“With all the Coaches that I have worked with, the one that I learnt a lot from is Milo. I picked so many things from him and I also tried to polish it. So on a whole; I think Milo played a big part in my career,” Kwesi Appiah tells Untold Stories TV GH.