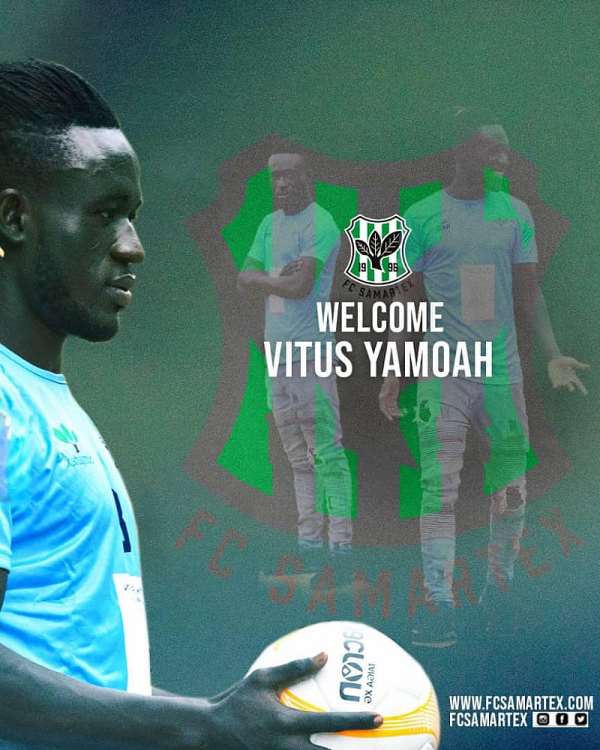 Ghana National Division One League outfit, FC Samartex have announced the signing youngster Vitus Yamoah ahead of the 2021/2022 football season.

The club staged a good fight in the lower-tier league last season but could not achieve its target of securing promotion to the Ghana Premier League at the end of the season.

Having set sight on staging another good challenge in the upcoming season, officials of FC Samartex have been in talks with players in a bid to bolsters its squad.

Today, the club has through a statement on its Facebook page confirmed that a deal has been reached for the services of 22-year-old Vitus Yamoah.

“We are happy to announce the signing of Vitus Yamoah from Okyeman Planners. He has signed a 3 year contract, making him a timber Giant until 2024,” a club statement from FC Samartex said on Wednesday.

Encroachers on KNUST lands will face my wrath — Otumfuo war...
59 minutes ago