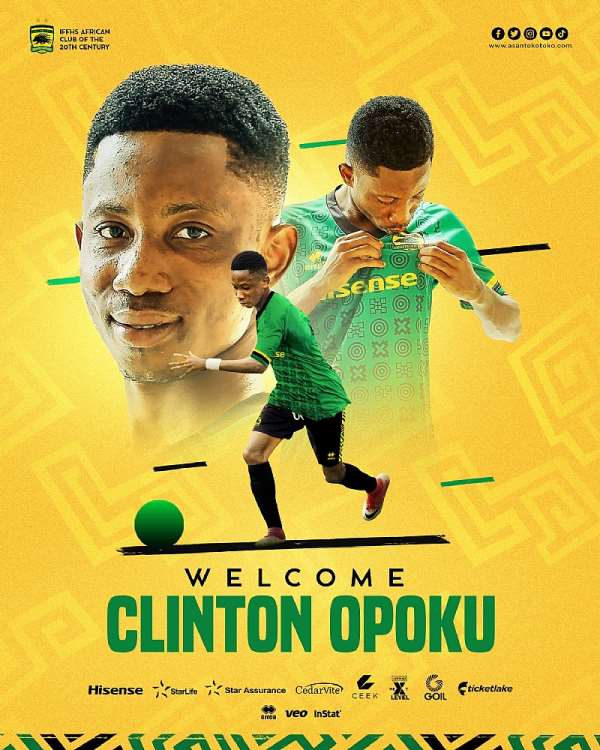 Nicknamed the Porcupine Warriors, the club-based in Kumasi last season put up a good challenge in the pursuit to win the Ghana Premier League title.

Unfortunately, they fell short to bitterest rivals Hearts of Oak who emerged as Champions of the league at the end of the 2020/2021 season.

Keen on winning the league title next season, Asante Kotoko are busy in the transfer market to bring in top players to strengthen its squad.

Today, the club has announced that it has successful secured the services of attacker Clinton Opoku.

“A young prospect with a 𝗕𝗜𝗚 future. We have completed the signing of 18-year-old attacking midfielder Clinton Opoku on a 4-year deal from Phar Rangers.

Talks are ongoing to agree deals with a couple of players before the new season commence next month.

Take me to court, I will get the court to also overturn the ...
48 minutes ago

We’ve revamped TVET education in Ghana than any government –...
48 minutes ago