Top 6 Ghanaian football starlets to keep an eye on 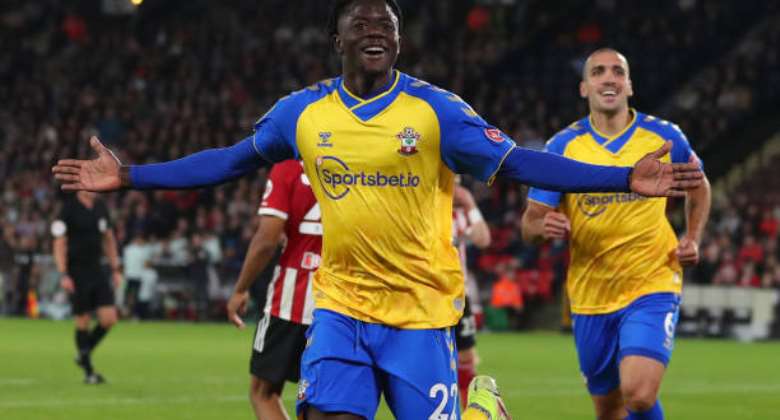 Ghana is blessed with an array of young talents both in the country and abroad.

Many a Ghanaian dream ends in disappointment, and many too never really reach the heights their talents promise. However, for the players who make it, they are indeed special. Michael Essien, Sulley Muntari, Stephen Appiah, John Mensah and Asamoah Gyan are good examples.

The rise to the top can be a daunting task and many young African players never really grow to live out their full potential.

Although the transition from being just a footballing prospect to a bona fide star can be a hefty task, the following Ghanaian players have it in them to excel at the highest level.

Leading Ghanaian football agency, ArthurLegacy Sports are no strangers to identifying a diamond when it comes to football talent, and they knew they had struck the jackpot when their scout spotted Ohene Gyan playing for the Presbyterian Senior High School at Berekum in the Bono region.

Fast forward, the Wenchi-born prodigy has broken barriers and is determined to excel at AS Roma, a club he joined in March 2020 from EuroAfrica Football Club.

The Ghanaian has since hit the ground running and is making waves in the Italian Primavera where he has scored two goals in 3 games so far this season and is expected to even score more goals and hopefully break into Jose Mourinho’s team before the end of the season.

Founder and Director of African Talent Football Academy, Fran Castaño describes Southampton’s Mohammed Salisu as the kind of player who improves every day.

Salisu before joining Southampton in 2020, had played 31 league games for Real Valladolid, scoring once and assisting one as a regular starter for the La Liga side.

Upon joining Southampton last season, he was gradually eased into the Premier League by Ralph Hasenhüttl, playing 15 games across all competitions. However, this season, he has found his spot in the team, playing 5 games for the Saints, keeping two clean sheets in the process.

Having joined Stade Rennais from FC Nordsjælland, Kamaldeen has quickly been introduced to stardom following a blistering start to his new life in the French Ligue 1.

It took the 19-year-old just 14 minutes to register his first goal for French Ligue One side Rennes as they drew 1-1 against RC Lens.

Kamaldeen Sulemana also became the first Ghanaian to assist a goal in the Europa Conference League when he saw his effort land at the feet of Gaetan Laborde to score Rennes’ second goal in their 2-2 draw against Spurs.

After failing to breakthrough Leicester City’s team, Sowah found his feet in the Belgian League, scoring 8 goals and contributing 6 assists in 34 league games for OH Leuvren before securing a move to Club Brugge.

Although he is yet to score his first goal for Club Brugge, he has earned positive reviews from pundits for having a quick start.

After an impressive season at Vitoria Guimaraes, Gideon Mensah completed a season-long move to Girondins Bordeaux from Red Bull Salzburg.

The 23-year-old has since broken into the Black Stars setup under the now departed CK Akonnor and is in the running to become the first choice left back for Ghana.

Gideon Mensah in April 2021 confirmed to Citi Sports that the breach of a non-disclosure agreement led to a collapse of his transfer to Spanish Giants Barcelona in 2019.

The 21-year-old has been in the limelight since his big move to FC Nordsjælland in 2018 and has since had a steady progression in his career.

He earned a big move to Ajax in the summer of 2020 and became a popular figure among the Ajax fans in his first season, playing 17 times as he won he the Dutch League title despite facing some serious injuries.

Mohammed Kudus had a bright start to the start of the season, scoring and assisting for fun for the Dutch champions’ preseason games but he has since been sidelined after getting injured once again.

He is yet to make a league start for Ajax.

Hottest Photo Reports
Catch up with all the political quotes from our politicians.
Advertise here
More Opinion
ModernGhana Links
Comoros: The Fairy-tale of AFCON 2021
Ghana football might be on the back burner, but upper west football is on its knees
Ekow Amoasi writes: Mr President, ending Ghana’s Afcon trophy drought is not about money
Ghanaians must get used to not being top dog in African football
2021 AFCON Cameroon: Playing football in the shadow of a rebellion
Lukaku Chelsea Inquest Must Be Fair
Ekow Amoasi writes: Thank you Milovan Rajevac for the Black Stars provisional squad but ‘uncompetitive’ Philemon Baffour didn’t merit a place and must not make the cut to Cameroon
Same taste of Milo, renewed World Cup hope
Release the scandalous match-fixing report now, GFA!
TOP STORIES