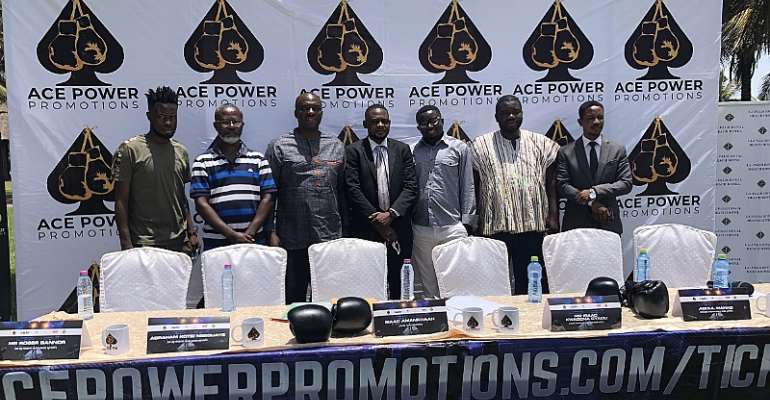 Ace Power Promotions has promised to bring dynamism and professionalism into Ghana Boxing and would stage their next bill on October 16 at the cosy La Palm Royal Beach Hotel.

Mr Kizito Akudago, a member of the Ace Power Promotions said on Tuesday at a press conference to announce their new package which will involve unbeaten Ghanaians, Robert Quaye aka ‘Stopper’ and Holy Dorgbetor who are going for the Universal Boxing Organisation (UBO) titles.

Quaye will meet a yet to be named opponent for the UBO international super lightweight belt, while Dorgbetor faces Success Tetteh for the UBO intercontinental and the Ghana national featherweight titles respectively.

General Manager of Ace Power Promotions, Mr Isaac Amankwaah told newsmen, they are proud to collaborate with La Palm Royal Beach Hotel and Avegbe Herbal Center to give boxing fans a taste of a serene breezy atmosphere to watch boxing.

He said other boxers including debutants would be given an opportunity to showcase their talent.

He announced that the hotel has the biggest swimming pool, a gym and a casino for guests and patrons.

The President of the Ghana Boxing Authority (GBA), Mr Abraham Neequaye commended the promoter for securing the support of corporate organisations to raise the standard of the sport.

He expressed that boxing is the number one sport in Ghana, as well as the strength of Ghana Sports, so the government must encourage businesses to support the GBA.

The rates for the bouts which start from 4pm are 200ghc for VIP, 150ghc for ringside, and 30ghc for regular seats.