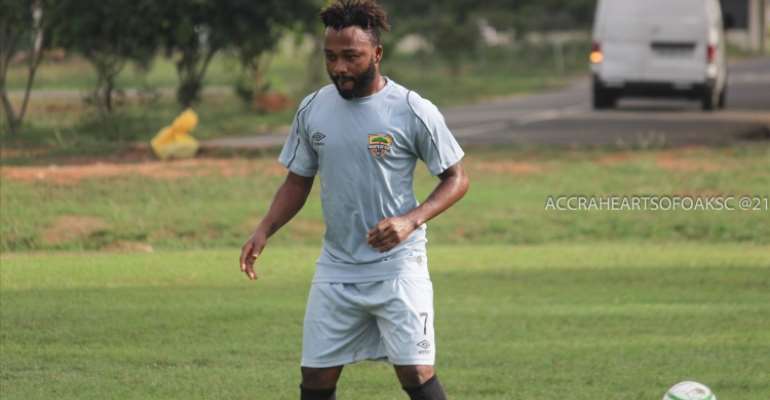 Former Asante Kotoko National Circles Council (NCC) Chairman, Kwaku Frimpong has cautioned the Board of Directors not to attempt to sign Gladson Awako.

The 31-year-old joined their arch-rivals Hearts of Oak this summer after having a fantastic relaunch of his career with Great Olympics contributing over 10 goals last season in his two years stay at the club.

However, the ex- U20 World Cup winner having joined the 'Phobians' is yet to play with reports pumping up recently stating that, he has asked for his contract to be terminated stating spiritual reasons as the problem.

The former NCC Chief in an interview has stated there are reports that the board of directors of the club are attempting to lure the midfielder to the club.

He stressed that the support front will resist any attempt by the baord.

"I have heard some Asante Kotoko board members want to bring Gladson Awako to the club," he Kumasi based Oyerepa FM.

"They should not try this on any day. We will not allow this to happen.

"He [Gladson Awako] should play his Hearts of Oak and allow us to build our team," he added.

The Porcupine Warriors commenced their preseason last Monday at the Adako-Jachie training grounds under the tutelage of new head coach Prosper Narteh Ogum hoping to get themselves prepared and poised for the 2021/22 season.