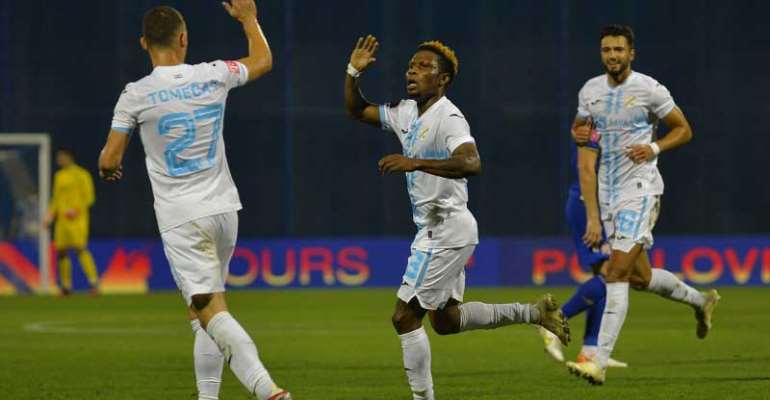 Ghanaian youngster, Issah Abass scored twice on Tuesday afternoon to help his HNK Rijeka outfit to cruise to a massive 7-0 win against Pitomaca in the Croatian Cup.

The Croatian HNL giants today played as a guest to the lower-tier club in a Round 32 encounter in the 2021/2022 Croatian domestic cup competition.

Although he was rested and not played from the start of the match, speedster Issah Abass was introduced in the second half.

The exciting attacker added to the quality attack of Rijeka and inspired the club to do extra damage to condemn the opponent to a heavy defeat.

On the matchday, the 22-year-old Ghanaian netted a brace after coming on as he continued his outstanding form in Croatia.

Courtesy of goals from Jorge Obregion, Matej Vuk, Harris Vuckic, and Denis Busnja, Rijeka secured the big win and are now through to the Round 16 stage of the Croatian Cup.

13 Nigerians who engaged Police in gun battle at Weija reman...
3 minutes ago