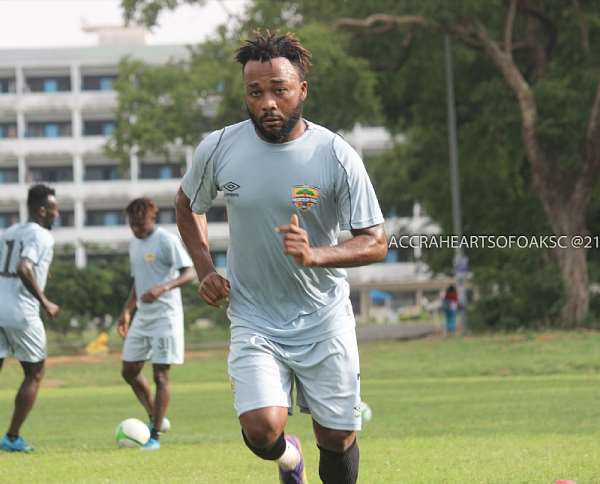 Gladson Awako's agent, Yusif Chibsah has said the midfielder 'may not play for Hearts of Oak' despite joining the Premier League champions.

The talented and exciting midfielder joined the Phobians this summer from rivals, Great Olympics on a two-year deal.

However, multiple reports have emerged that Awako is eager to quit the club after a month at the club.

Awako missed the chance to make his competitive debut for the club on Sunday in their Caf Champions League game against Cl Kamsar.

The midfielder was not included in the squad for the 2-0 win over the Guinean side at the Accra Sports Stadium.

However, a day after the match and his agent, who brokered the deal, has indicated that Awako could quit the club.

"We won’t address issues in public. It has nothing to do with financial obligations.

"Hearts of Oak paid everything to the player. It’s likely he may play or may not play for Hearts of Oak but we have to meet the club to discuss his future,” Chibsah added.

Hearts of Oak reportedly $15,000 compensation to Great Olympics to register Awako whose contract with Dada Boys was due to expire in October.