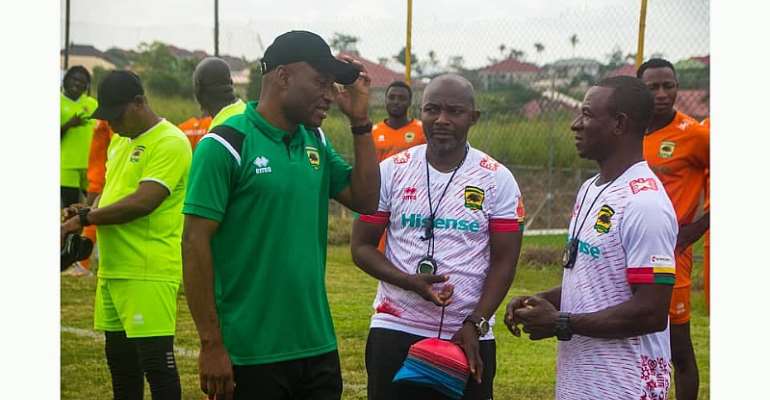 Asante Kotoko head coach, Dr Prosper Narteh Ogum has started pre-season with the club ahead of the start of the 2021/2022 football season.

The Ghana Premier League giants over the past weekend confirmed the appointment of the former WAFA SC head coach to replace Portuguese tactician Mariano Barreto whose contract has been terminated.

Subsequently, on Monday afternoon, the club have also confirmed the appointment of Coach David Ocloo and Coach John Eduafo as assistant coaches.

The three new coaches interacted with players of the Kumasi-based club for the first time and had fruitful engagements.

Coach Prosper Narteh Ogum spelt out to the players his key requirements with an emphasis on respect, humility, obedience, and dedication to work.

Work in pre-season is now expected to take shape this week as the new technical team aims to build a formidable team that will be able to battle for the Ghana Premier League title in the upcoming football season.

Meanwhile, Fabio Gama has arrived in the country to team up with the playing body after holidays in his native country.