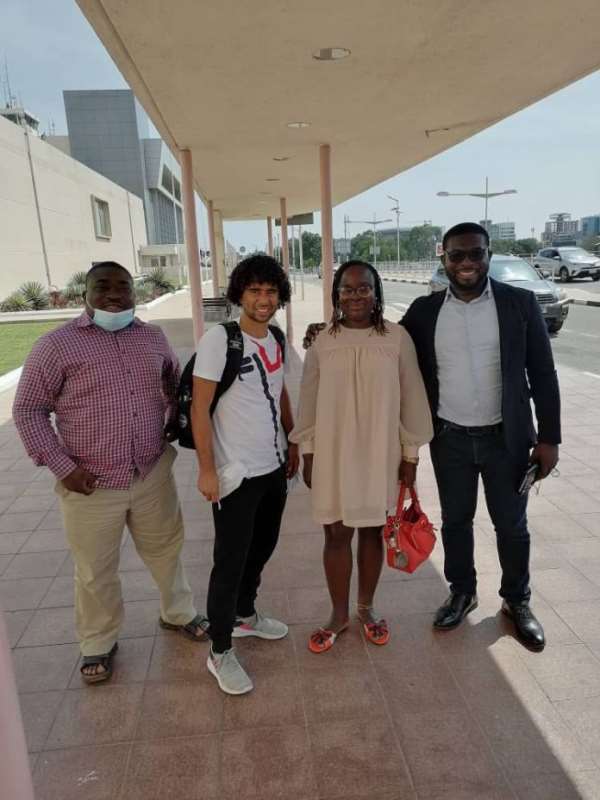 Brazilian midfielder, Fabio Gama Dos Santos has returned to Ghana where he is expected to join his Asante Kotoko teammates for pre-season.

The highly-rated midfielder joined the Ghana Premier League giants last year prior to the start of the 2020/2021 football season.

In both the Ghana Premier League and the MTN FA Cup, he excelled and finished the campaign as one of the best players to have featured in both competitions.

At the end of a Ghana Premier League season where Asante Kotoko finished second on the league table, Fabio Gama scored four goals and provided six assists after making 28 appearances.

Later at the end of the season, he traveled back to Brazil with his wife and son for the off-season holidays.

After enjoying for more than a month in his country, Fabio Gama has today returned to Ghana to commence pre-season training with his teammates at Kotoko.

On his return, he is now set to work under Coach Prosper Narteh Ogum who has been appointed as the new head coach for the Ghana Premier League giants.