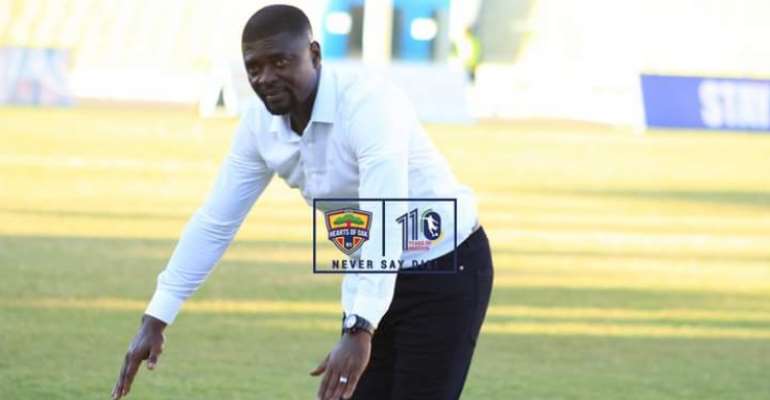 Hearts of Oak coach, Samuel Boadu has revealed how his side outclassed CI Kamsar in the Caf Champions League preliminary game.

The Ghana Premier League side hosted the Guinean side at the Accra Sports Stadium on Sunday in a one-off game.

Kamsar displayed a spirited performance in the first half but lost the fixture with two late goals from Kofi Kordzi and Salim Adams.

Coach Boadu in an interview after the game explained how he and his technical team outsmart Daniel Breard's side in the last ten minutes to pick all the needed points.

“In first half, we found it difficult to break through Kamsar’s defence. After recess, I told my boys to play high balls, high pressing because I realized they struggle with jumping,” Boadu said after the game.

"That got them tired then I made changes to get us goals,” he added.

Hearts of Oak will now battle out with Moroccan giants Wydad Athletic Club for a ticket to the CAF Champions League group stages next month.