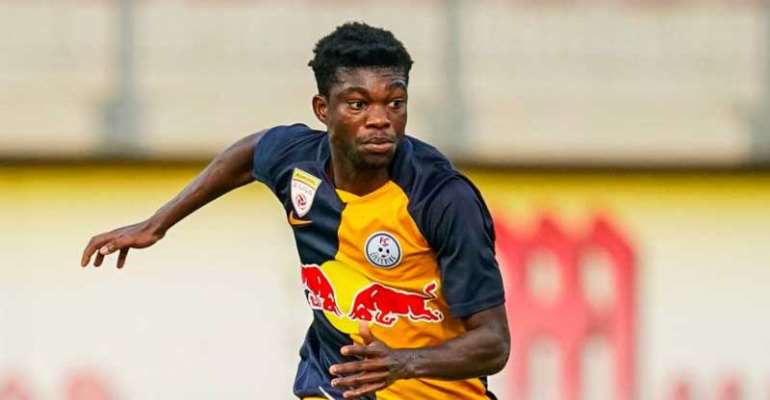 Talented teenager, Forson Amankwah has finished yet another weekend as the top rated Ghanaian player abroad after his outstanding performance for Liefering.

Last Monday, he emerged as the top rated player abroad when he scored and assisted a goal to help his team to thrash Rapid Wien II 6-2 in the Austria Erste Liga.

Going on to feature for Liefering over the weekend, Forson Amankwah continued his bright start to the new 2021/2022 football season in Austria.

His brilliance and quality proved crucial for his team in the away game against Wacker Innsbruck.

In a game where the visitors had to play with 11 men, they fought to draw 2-2 at the end of the 90 minutes.

Having lasted 80 minutes of the game, Forson Amankwah earned a rating of 8.1 according to statistics recorded by Modernghana Sports partners SofaScore.

In the top 10 highest rated Ghanaian players abroad list covering players that featured for their various clubs between September 17 to 19, Forson Amankwah is joined by Norway-based midfielder Isaac Twum.