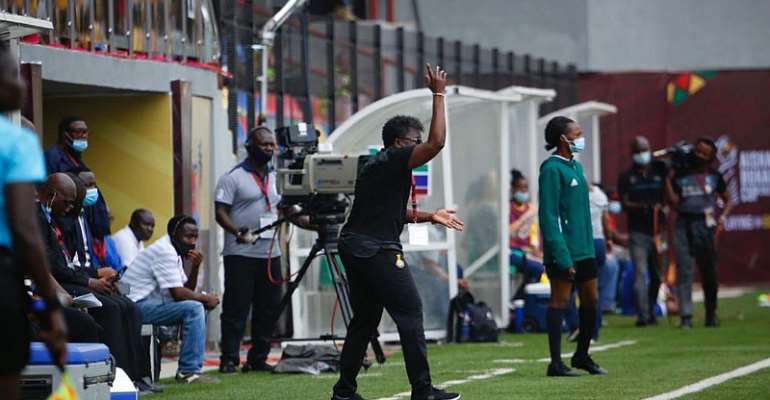 Head coach of the Black Queens, Mercy Tagoe-Quarcoo, remains confident ahead of Ghana's second game against Cameroon in the ongoing Aisha Buhari Cup.

The coach has come under intense pressure following an erratic performance that saw the Black Queens lose 3-0 to South Africa in the opening match.

Coach Tagoe – Quarcoo has said in an interview with ghanafa.org that even though the defeat to South Africa was in bad taste, the team remains resolute towards the next match.

"We are still continuing with our training after the defeat. I have been able to psych the ladies and everybody is calm now and we’ve done our recovery and still preparing for the game that is about to be played tomorrow. I think everything is in place. We all know that the defeat we had from the South African game was not that encouraging but then we have done one or two changes that I believe the second game is going to be different" she said.

She also urged all to look at the bigger picture as the current squad is made up of more home-based players whom she is looking to blend with the foreign-based players for the African Women's Cup of Nations qualifiers next month.

"That notwithstanding, we all know that we are in a team-building period and I brought a lot of home-based players who are not too experienced. They need to have such International friendlies to let them have the experience, toughen them so that when the foreign-based players come, I can add one or two from the current crop of players. I believe that we will have a formidable team and in a nutshell, I believe we are on course and just waiting for tomorrow where we will see a different ball game" the former Ghana defender added.

Ghana's Black Queens will face the lionesses of Cameroon in the second group B match on Monday, September 20, 2021.