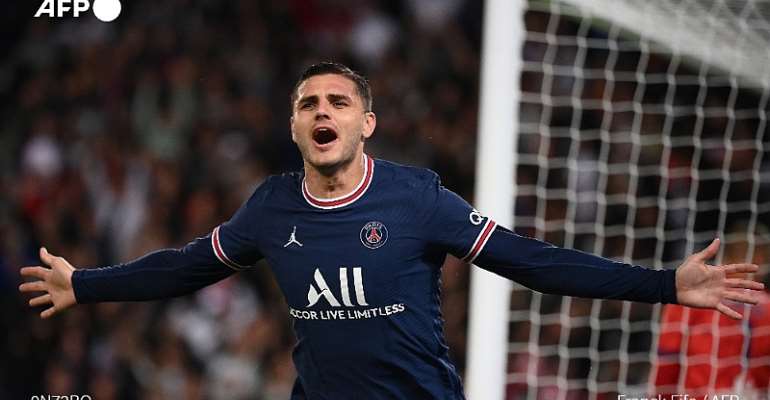 Lionel Messi had a lively home debut for Paris Saint-Germain but it was his compatriot Mauro Icardi who scored a dramatic stoppage-time winner as the Ligue 1 leaders edged Lyon 2-1 on Sunday.

Messi outshone his teammates in PSG's all-star attack for much of the game at the Parc des Princes but he had been – slightly controversially – taken off by the time substitute Icardi headed in a cross from the left to secure the win.

The excellent Lucas Paqueta gave Lyon the lead in the 54th minute before Neymar won and then converted from the spot midway through the second half of an absorbing contest at the Parc des Princes.

"We deserved our victory, even if it was in the last second," insisted PSG coach Mauricio Pochettino.

However, the fact this was a contest might surprise many who expect PSG to run away with the Ligue 1 title this season and perhaps even go all the way in the Champions League.

Nevertheless, they were disappointing in drawing 1-1 with Club Brugge in Belgium in midweek in Messi's first start for the club and they were given a run for their money by Peter Bosz's Lyon.

Yet Icardi –- in many ways the forgotten man of the PSG attack –- allowed his side to make it six wins from six in Ligue 1 this season and they are now five points clear at the top from Marseille.

That gap will surely widen as the weeks go by. Lyon, for all their good intentions here, are already 10 points behind the leaders in ninth place.

"It was a cruel defeat," said coach Peter Bosz. "We made a real match of it and showed we were not afraid of losing."