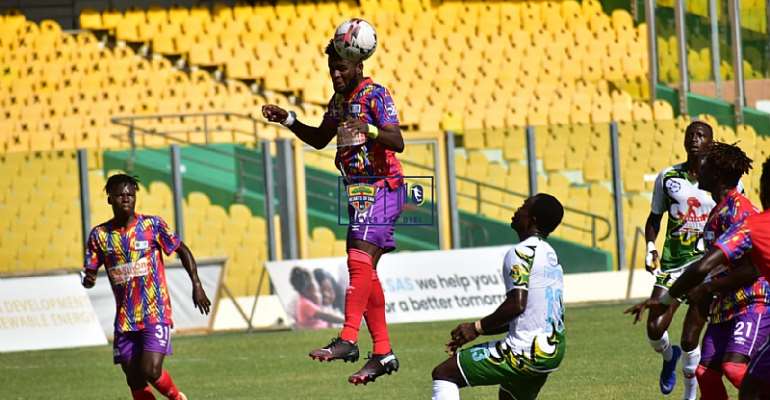 Hearts of Oak on Sunday afternoon defeated CI Kamsar 2-0 in the CAF Champions League preliminary stage to advance to the final leg of the playoff before the group stage.

Due to the coup in Guinea, CAF ruled for what would have been a two-legged encounter to be played as a one-off tie in Accra.

As a result, the Ghana Premier League champions waited at home and hosted the opponent at the Accra Sports Stadium today.

Despite dominating the first half of the game, Hearts of Oak had nothing to show for it at the break and had to work extra in the second half.

Thanks to the brilliant substitutions of coach Samuel Boadu, the Phobians scored twice in the last ten minutes courtesy of goals from striker Kofi Kordzi and new signing Salim Adams to secure the needed win against CI Kamsar.

As a result, Hearts of Oak have now progressed to the next stage of the CAF Champions League playoffs where the team will take on Moroccan outfit Wydad.

Watch highlights of today’s game below: