Tartan Tracks Will See No Rehabilitation 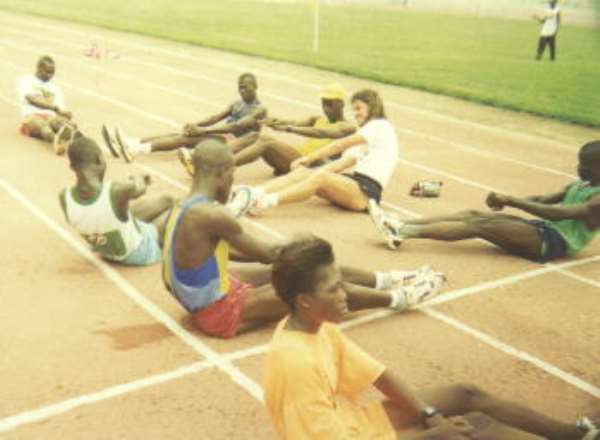 Indications are that the tartan tracks at the Accra and Kumasi sports stadiums will not see any rehabilitation in the next 12 months. This is because the budgetary allocation of the Ministry for next year has been slashed down drastically from nine billion to a mere three billion Cedis.
The Sector Minister Edward Osei Kwaku, answering questions in Parliament, said that it would cost about two billion dollars to replace the tartan tracks at the Accra and Kumasi stadia. The International Athletics Association’s Federation (IAAF) has pledged financial assistance in reconstructing the tracks, which have been in use since 1978, if government approves the project.
According to Mr. Osei Kwaku the ministry’s three billion Cedi budget for next year effectively rules out any possibility that the tracks could be replaced any time soon. The government will rather concentrate on using the meagre budget to attend to more pressing needs.
The poor state of the tartan tracks at the nation’s two most important sporting venues has compelled the Athletics authorities in the country to enter into talks with the Togolese authorities to allow Ghanaian athletes to train in Lome.