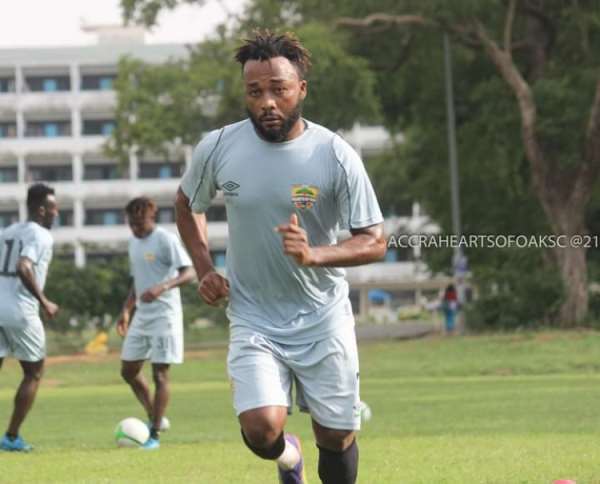 Hearts of Oak new signing, Gladson Awako has reportedly opted to quit the club after just three weeks with the club due to spiritual reasons.

The U-20 World Cup winners has left the camp of Hearts of Oak after joining the club from their arch-rivals Great Olympics last month.

Awako joined the 2020/21 Ghana Premier League champions on a two year deal following his impressive performance with the Wonder Club.

However, according to a report filed by Ghanaian Journalist Saddick Adams, Awako has met the management and technical team of Hearts of Oak that he can't feature for the club due to spiritual reasons.

The attacking midfielder has refused to train with the Phobians ahead of their crucial CAF Champions League clash with Guinean side, Cl Kamsar, looming on Sunday.

Awako was influential for Great Olympics in the just-ended campaign having relaunched his career in a grand style getting involved in 13 goals; scoring 6 and assisting 7 including four man of the match awards

He joined the 'Wonder Club' prior to the commencement of the just-ended season, and faced lots of criticisms but proved all doubters wrong playing incredibly well despite facing injuries at some point.

Awako since joining the 'Dade' outfit has made 43 appearances, scoring 10 goals and providing 12 assists. His stellar display has saw him won six man of the match awards including two player of the month accolades.