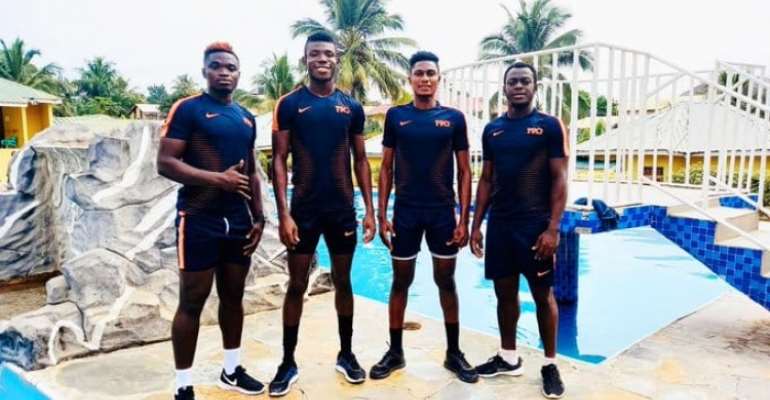 Ofori Antwi who failed to recapture his position at Medeama have joined fellow Premier League side, Legon Cities ahead of the 2021/22 Ghana football season.

However, a report filed by Kumasi based Light FM says the Yellow and Mauves lads will officially lodge a complaint to the Ghana Football Association over the conduct of Legon Cities and the player.

It was reported in the local media few days ago that Medeama SC have reached an agreement with Legon Cities over the acquisition of the 26-year-old goalie in the ongoing transfer window.

However, the Tarkwa based side have dismissed the publications describing it as hoax and insisted that the former Asante Kotoko goalkeeper is still under contract at the Akoon Park outfit.

Ofori Antwi teamed up with Legon Cities playing body in Koforidua where the team are currently having their pre-season.

Antwi, a former WAFA goalkeeper, joined Medeama in 2017 after leaving Asante Kotoko following a three-season spell at the Kumasi based club.