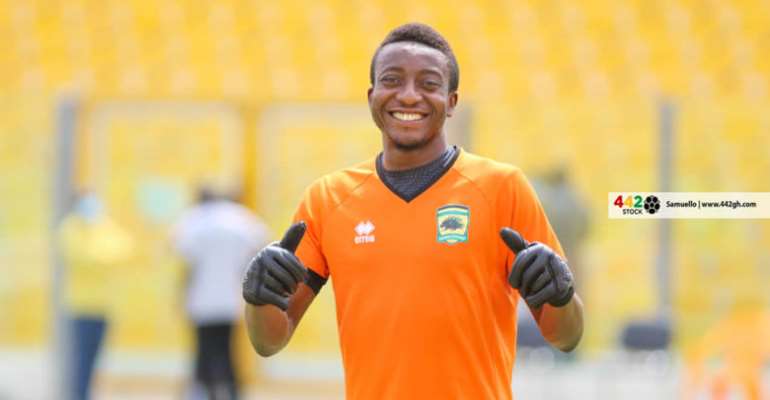 Goalkeeper Felix Annan has announced his departure from Asante Kotoko after 10 years at the club ahead of the 2021/22 Ghana football season.

The 26-year-old joined the Porcupine Warriors in 2011 from Gomoa Fetteh Feyenoord Academy.

Annan was shipped out on loan several years but later rose through the ranks to become the club’s captain.

However, the enterprising shotstopper fell out of favour with the club’s former coach Maxwell Konadu last season but failed to regain his position under Mariano Barreto.

He thus lost his place to Kwame Baah and later Razak Abalora and that even affected his involvement in the senior national team since he was later dropped from the Black Stars.

Although Annan stayed on and tried to fight for a starting place in Kotoko’s squad, it proved fruitless and he has decided to leave the club after ten years. He has become the third player to leave Kotoko after Augustine Okrah and Naby Keita.

He made his Ghana debut in 2019 against Namibia in an international friendly. He was also linked to a number of clubs in the South African clubs.

Before the start of the second round of the 2020/21 football season, Annan was strongly linked to Medeama SC.

Annan was part of the Black Stars squad who played in the 2019 Africa Cup of Nations in Egypt.

In a heartwarming message shared, Annan thanked the club for their support and pledged his love and support for the club.

Take me to court, I will get the court to also overturn the ...
14 minutes ago

We’ve revamped TVET education in Ghana than any government –...
14 minutes ago