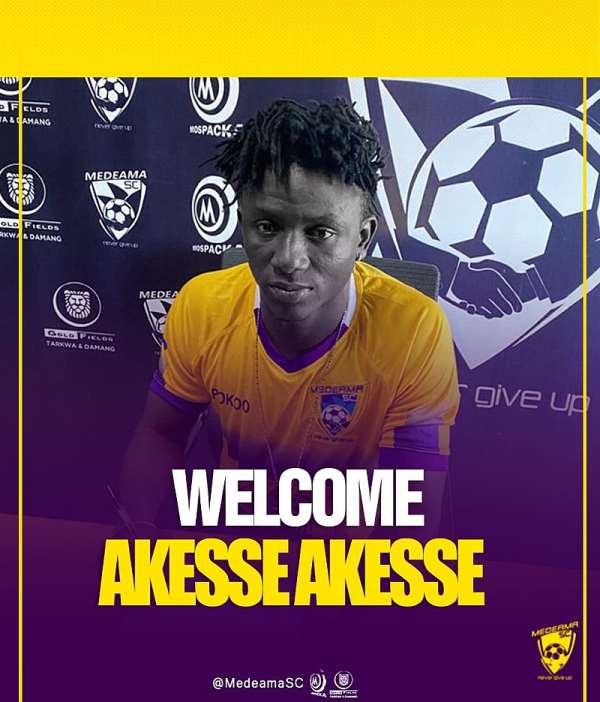 Medeama SC have announced that they have completed the signing of lethal striker Akesse Akesse.

The young striker came to the limelight during the 2020/2021 National Division One League campaign where he played for Nzema Kotoko.

Although a number of top-flight clubs made the attempt to sign him, it is Medeama SC that has managed to secure his service.

In an official announcement from the Tarkwa-based club today, it has said the player has committed to a 4-year contract.

“We are delighted to announce that we have completed the signing of striker Akesse Akesse on a four-year deal from Nzema Kotoko.

“Akesse, 21, joins the Mauve and Yellows with a high profile from the country’s second-tier league,” a statement on the Medeama SC website has said.

Last season, the striker made 25 appearances in the National Division One League and scored 12 goals for Nzema Kotoko.

He also provided nine assists and was voted ‘Man of the Match’ six times before the campaign was concluded.