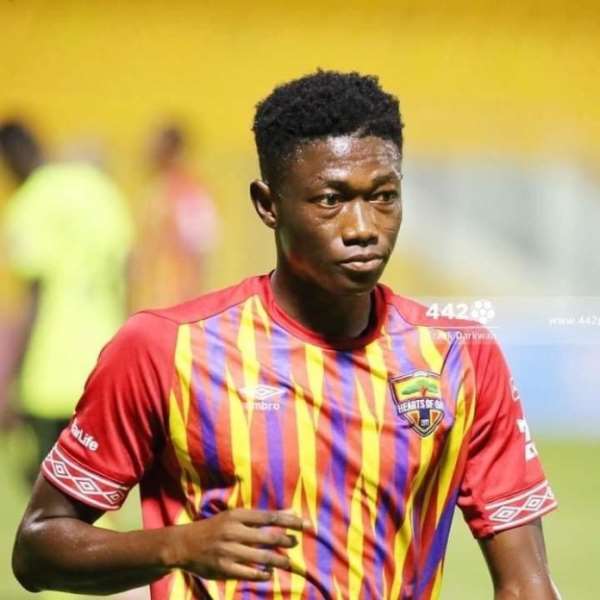 Hearts of Oak midfielder, Manaf Abdul Umar has mutually parted ways with the club ahead of the 2021/22 Ghana Premier League.

Abdul Umar is leaving the Phobians lads due to lack of regular playing time under Coach Samuel Boadu despite winning domestic treble.

He took to his official Facebook account to bid an emotional farewell to the Hearts of Oak fans, teammates and management for their immense support during his stay at the club.

“I had a privilege to play for this Club. One day I would tell my children I played for the best Club in Africa, I gave my spirit and heart for Accra Hearts of Oak and I'll always respect the City of Accra until my final days. I'll always be one of you, Thank you for the support.” Manaf Abdul Umar wrote.

The midfielder earned a promotion from the club's youth team, Auroras FC in 2019 under Coach Kim Grant.

Manaf Abdul managed to score three goals in 24 game outings for Hearts of Oak in the just ended 2020/21 season.