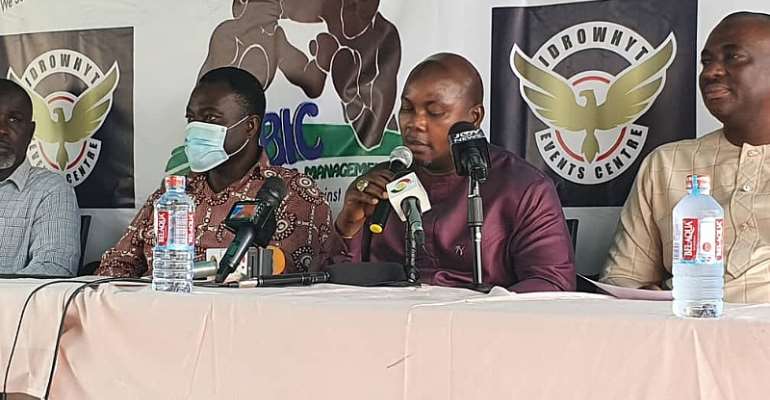 The Ideowhyt events centre at Dansoman will be the action sport on October 9th 2021 when Cabic Promotions return with Big Fight Night involving Emmanuel Quaye and Boateng Agyeman for the National Middleweight Championship.

President of Cabic Promotions, Mr Ivan Bruce Cudjoe expressed at a media briefing on the promotion said they are in the game for business and encouraged other businesses to support boxing.

He also called on the Ghana Boxing Authority (GBA) to display all vacant titles and allow boxers to challenge themselves for the public to know the best boxers in the nation.

He hailed the boxers and officials who represented Ghana at the Olympic Games and appealed to the government to invest in boxing as it has proved to be the nation’s backbone in sports.