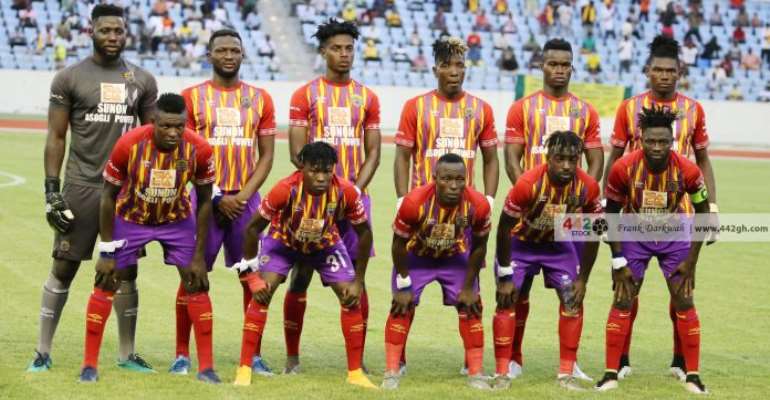 Hearts of Oak have announced ticket prices for their CAF Champions League match against Guinean side Cl Kamsar on Sunday.

The much anticipating game has been scheduled for Sunday, September 19 at the Accra Sports Stadium.

The Ghana Premier League champions were handed a major advantage in the preliminary round following adjustment of their originally scheduled two-legged clash with Guinean side Club Industriel de Kamsar to a one-off decider in Accra.

The change was necessitated by political instability in Guinea where the originally scheduled first leg fixture was due to be held.

However, patrons are expected to pay 40 Ghana Cedis for the Popular stands, 60 cedis for centre-line, while those at the lower VIP and Upper VIP will be required to pay 100 and 150 Ghana Cedis respectively.

The club has asked fans to ensure all COVID-19 protocols are observed while at the stadium and have issued to put in place stewards to guard and assist fans to observe the protocols.