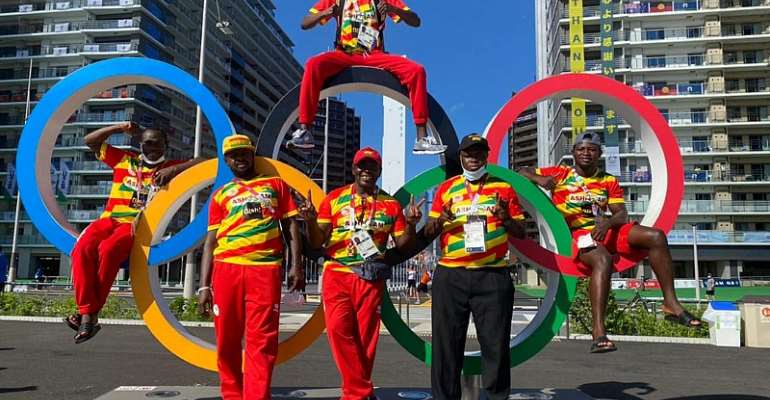 Speaking to Yours Truly in an exclusive interview, the four-time Olympian said the Bombers have been doing well at various international tournaments since 2018, but many people have not observed.

He expressed that Jessie Lartey excelled and won a bronze medal for Ghana at the 2018 Commonwealth Games in Gold Coast, Australia.

According to Coach Asare, young Samuel Takyi who won the only bronze medal at the Tokyo 2020 Olympic Games did well at his first outing outside Ghana, when he qualified to represent Ghana at the biggest sports festival in Dakar, Senegal together with skipper Suleimanu Tetteh who was the pacesetter and inspired the team a lot.

Asare noted that Shakul Samed also performed well at the 2019 African Games where he also won a bronze medal, and that enabled him to qualify to the Olympic Games.

The much-decorated coach said there are many hidden talents in Ghana who must be identified and given the opportunity, as they can also do well for the nation.

He disclosed that there are 15 female boxers who are training days in preparation for international bouts, and he wants them to be assisted by the sports authorities so that they can gain experience and exposure.

“Ghana is blessed with boxing talents, and we need to give them chances and opportunities to come up and be seen, the local coaches are doing well, and need to be congratulated” he expressed.