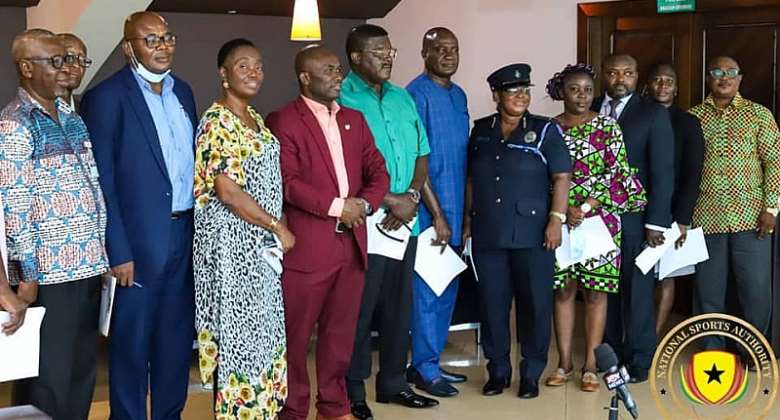 The Local Organizing Committee (LOC) to support the Ghana Hockey Association to oversee the hosting of two championships in Ghana - Club Championship and continental Nations Cup in December 2021 and January 2022 respectively have been sworn in.

The renovated Theodosia Okoh National Hockey Stadium, which forms part of government's mega sports infrastructure development, will serve as the venue for both competitions.

Mrs Elizabeth King, Vice President of Ghana Hockey Association, who represented the President, Dr Ben Asante, assured the National Sports Authority of a successful organization of the competitions and praised government for its continuous support for the development of the sport.

Currently, three other hockey stadia at UG, KNUST and UDS are under construction.