I was frightened when I entered the FNB Stadium - Fatawu Mohammed 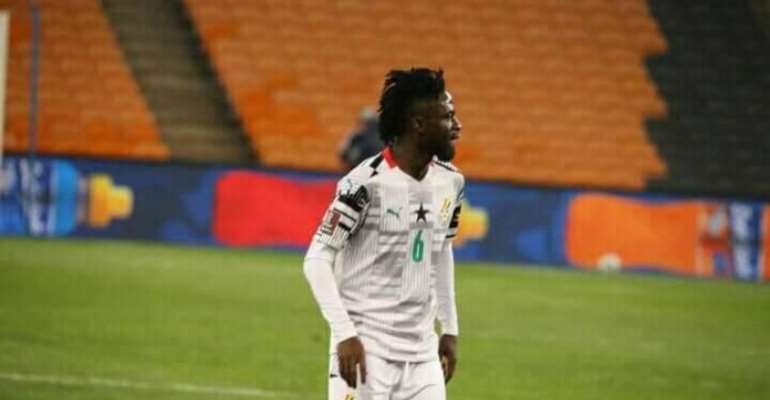 Hearts of Oak defender, Fatawu Mohammed has revealed that he got frightened when he stepped his foot on the FNB Stadium.

The iconic 94,736 capacity stadium in Johannesburg hosted the Black Stars in their second Group G game on Monday in the 2022 Fifa World Cup qualifiers.

The Bafana Bafana recorded a well-deserving 1-0 win over Ghana.

The Hearts of Oak captain who made his debut and lasted the whole game says the 105 x 68m pitch size got him nervous but playing without supporters in the ‘very very huge’ stadium made it fairly easy.

“Honestly, I got a bit scared when I saw the (FNB) stadium because the pitch is very very huge and it wouldn’t have been easy with supporters in the stands. Because the moment you enter the stadium you realise that indeed you are in a stadium," said on Kumasi based Angel FM.

"But at long last, we played in an empty stadium so that eased some pressure off; If the supporters had been there the way the pressure was high it (the pressure) would have been more. But without the supporters, it felt like no man’s land," he added.

The Black Stars arrived in Ghana on Tuesday after the defeat with the players heading back to their respective clubs before the next international break in October.