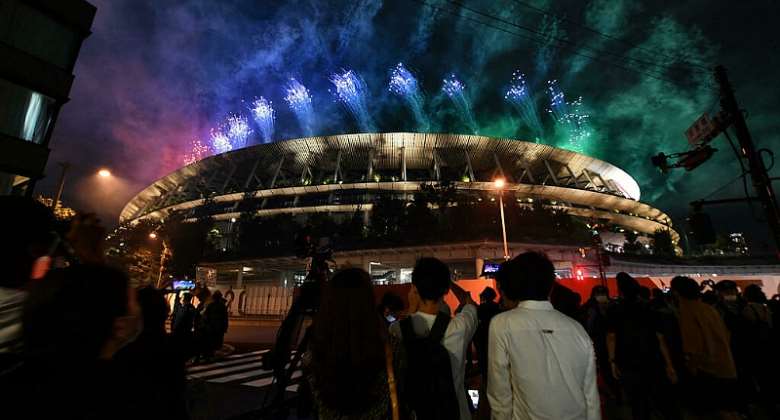 Hundreds of athletes who had remained for the final events gathered within the Olympic Stadium for the final moments of the 12- day event.

"Together, against all odds, we succeeded,” said Andrew Parsons, president of the International Paralympic Committee.

“The Games were not only historic, but fantastic. The athletes have given the world confidence, happiness and hope."

Anne Hidalgo, the mayor of Paris - which will host the 2024 Olympics and Paralympics - brandished the Paralympic flag before it was folded and given to a team from Paris 2024.

It will be displayed alongside the Olympic flag at Paris town hall until the end of the 2024 Games.

Betty Moutoumalaya from just outside Paris began the 10-minute handover event with an interpretation of the French national anthem using her body, facial expressions and emotions.

Success
Before the closing festivities, Mazur won France's 11th gold medal of the Games with a hard-fought triumph in the men's badminton SL4 category.

“I've been waiting for this moment for so long," said Mazur after his victory. “I was the better player today and I am the Paralympic champion.”

Two hours after his solo success in the discipline which was making its debut at the Paralympics, Mazur teamed up with  Noël for the mixed doubles final in the SL3-SU5.

But the pair went down in straight sets to Harry Susanto and Leani Ratri Oktila from Indonesia.

French athletes left the event with a record harvest of 54 awards to finish 14th in the medal's table.

Britain was second with 41 golds among their 124 medals and the United States finished third.