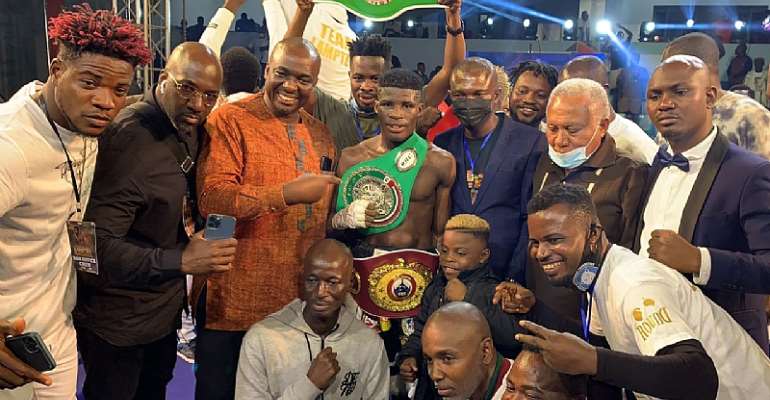 The enterprising skilful pugilist won every round, putting Kayumba to the canvas in the second round and incessantly thumped the Tanzanian throughout the bout until the referee Roger Barnor stopped proceedings in R10.

Alfred Lamptey who also loves to be called ‘Show Time’ progresses in his record to 9-0, 7 KOs and moves on in his mission to become one of the youngest world champions.

He is sponsored by Ashfoam Ghana, and the Communications Manager of the company, Nana Yaw Ampem Darko Antwi can not wait to congratulate him for becoming the nation’s freshest world champion.

Meanwhile, Friends of Boxing (FOB) have also congratulated the new champion and advised him to remain committed, disciplined and train harder to reach the bigger titles.