US Open 2021: Naomi Osaka to take indefinite break after shock third round exit 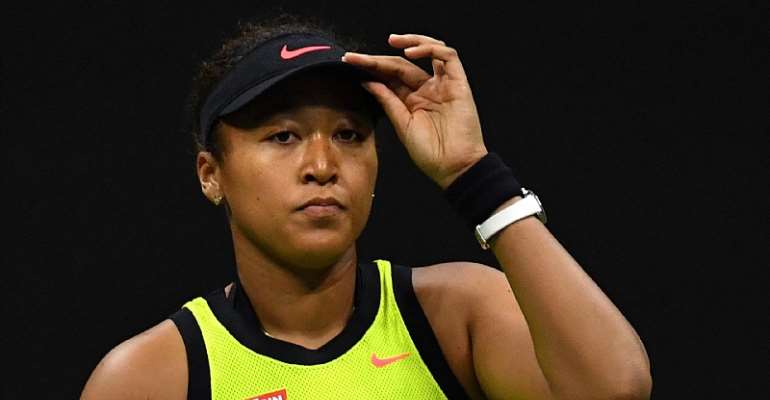 Two-time US Open champion Naomi Osaka said she does not know when she will play again after being knocked out of the third round of the US Open.

The 23-year-old was visibly frustrated during her 5-7 7-6 (2) 6-4 loss to Canadia's Leylah Fernandez, 18, a trait which is out of character for the four-time Grand Slam champion.

"Basically I feel like I'm kind of at this point where I'm trying to figure out what I want to do," Osaka told reporters after the match. "I honestly don't know when I'm going to play my next tennis match. I think I'm going to take a break from playing for a while."

Osaka has had a troublesome year after withdrawing from the French Open after refusing to attend news conferences. Later she disclosed her struggle with depression and anxiety and withdrew from Wimbledon before the tournament began to spend time with her family.

On Friday, Osaka answered reporters' questions in a news conference and broke down in tears.

In the match, Osaka was comfortable in the first set but lost her composure in the tie-break and was seen to repeatedly slam her raquet before leaving the court.

Osaka was issued a warning in the third set by Umpire Alison Hughes for on-court behaviour after hitting a ball into the stands, which is far removed from Osaka's usually calm composure, and when asked, she could not explain why: "I'm really sorry about that. I was telling myself to be calm, but I feel like maybe there was a boiling point," she said.

"Normally I feel like I like challenges. But recently I feel very anxious when things don't go my way, and I feel like you can feel that. I'm not really sure why it happens the way it happens now. You could kind of see that. I was kind of like a little kid."

She added: "I feel like for me recently, like, when I win I don't feel happy. I feel more like a relief. And then when I lose, I feel very sad. I don't think that's normal."

Meanwhile, Fernandez progresses to the fourth round, for the first time in a major tournament, and will face Germany's, Angelique Kerber.

"I've been serving really well the past few matches," she said. "Today I just went on court with a lot of confidence on my serve, trusting it, trusting that I'm going to hit my targets when I needed to, and I did."