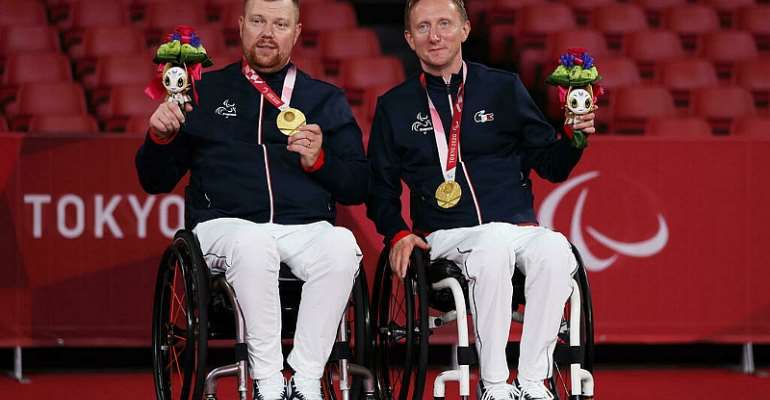 Kevin Le Cunff was the first to strike with victory in the men's C4-5 road race.

The 33-year-old-Parisian, who is competing in his first Paralympic Games, said: "I feel satisfied. I came here to win two or three but I missed out in my first four events. I really had to make up for it in the last one. And that's what happened.”

They took gold with in the men's team event with a 2-0 win over the South Korean pair Soo Yong Cha and Jin Cheol Park.

“We saw that our opponents were really determined. We were able to defend when necessary and attack at the right time.

"We know that we can't do anything on our own, so it's important to be united."

Kayaker Rémy Boullé won the bronze medal in the KL1 and there was bronze too for Alexandre Lloveras and his pilot Corentin Ermenault in the road race (Class B).

“We haven't had much time together," said LLoveras who is visually impaired.

“We've been riding for nine months so I think we can be proud of what we have done.”

France go into the final weekend of competition in Japan with 51 medals overall, one shy of their record haul of 52 at the Beijing Games in 2008.