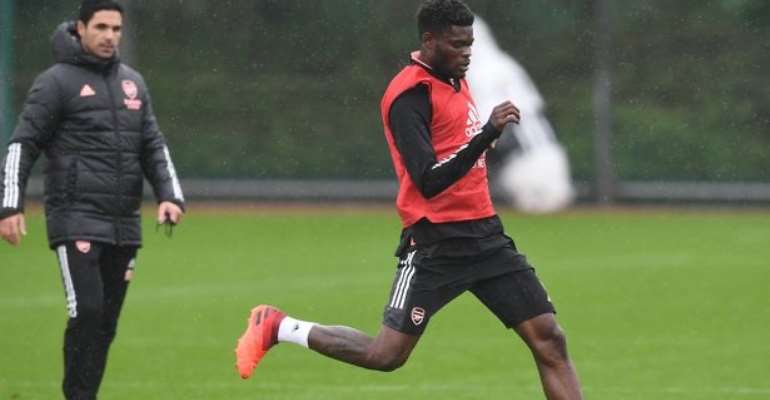 Arsenal midfielder, Thomas Partey is set to return to training this week after recovering from an ankle injury.

The 27-year-old Ghana international injured his ankle in a preseason friendly against Chelsea.

Partey is, however, yet to make an appearance for Arsenal this season.

Arsenal confirmed that the former Atletico Madrid midfielder has been working hard with the medical team and should be back in training with the squad this week.

The Black Stars will play Ethiopia at the Cape Cape Coast Stadium before flying to play South Africa in Johannesburg on September 3 and 6 respectively.

Partey has struggled for consistency, largely due to injuries, since joining a Arsenal from Atletico for €50 million in 2020.