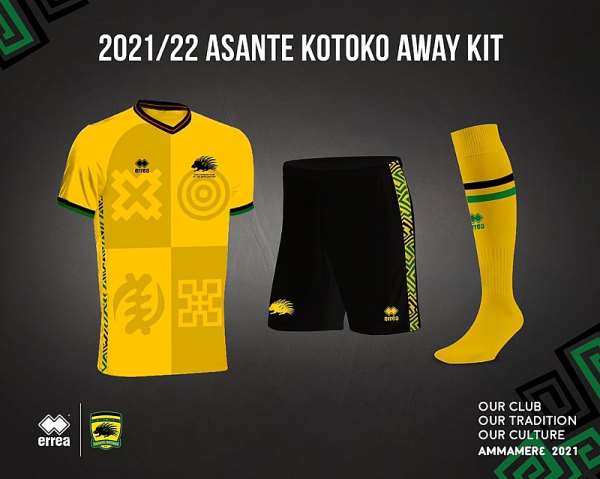 Ghana Premier League giants, Asante Kotoko have released images of its away kit for the 2021/2022 football season.

The new jersey is designed by kit sponsors Errea, a firm the club inked a three-year contract with for the supply of jerseys in 2020.

Early on Monday morning, Asante Kotoko first unveiled the home kit design for the new football season to the delight of not only its large following but the neutrals of the game as well.

On the back of the attention the club has received, it has this afternoon followed it up with the unveiling of its new away kits.

Similar to the home jersey, the away kit also has Adinkra symbols embed to give it a traditional look.

The supply of the new home and away jersey to Asante Kotoko will mean that the club has entered into the second year of its deal with Errea.

So far, every kit that has been released has been neat and well-accepted by the fans.