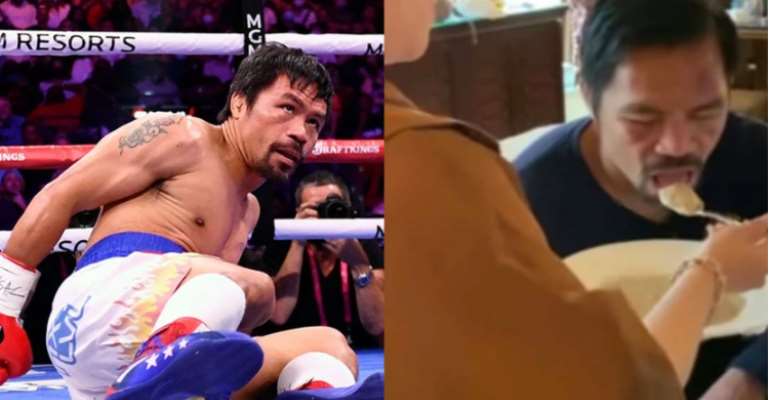 Manny Pacquiao has been spotted being fed by his wife following his damaging defeat to Yordenis Ugas.

The 42-year-old fighter came up against Ugas last week Saturday for the WBA (Super) welterweight title.

While Pacquiao was the favourite for the bout, he was beaten by the Cuban, who won by a unanimous decision.

In the aftermath of the fight, the wife of the Filipino ring legend posted a video on Instagram in which she was spoon-feeding him.

In the video, the eight-weight world champion struggled to open his eyes and seemed very affected by the fallout from the bout.

However, Pacquiao's wife, however, praised the efforts of her husband, describing him as her best friend and a true companion.

“If a couple keeps the romance alive in their own marriage, the temptation to look for someone else to meet their needs will be much less appealing.

“The boundaries of Marriage are to be honoured and enjoyed (Proverbs 5:15-20) as this passage explains, a husband and wife can only find true fulfilment if they stay within the boundaries GOD has given them. Keep your marriage strong.”