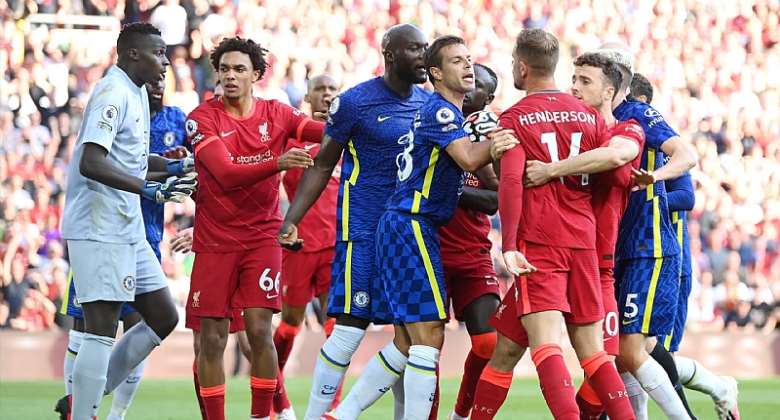 Mohamed Salah was on target as Liverpool came from behind to rescue a 1-1 draw with 10-man Chelsea in an early season heavyweight tussle at Anfield.

Thomas Tuchel’s visitors dominated the majority of the first half and stole in front on 22 minutes when Kai Havertz angled a quite sensational looping header beyond Alisson from Reece James’ left-wing corner.

Liverpool looked frustrated and lacked ideas at that juncture but were given a huge lifeline on the stroke of half time.

Chelsea made a real hash of defending a left-wing corner and James appeared to block a close-range follow-up from Sadio Mane with his arm. VAR intervened with the referee pointing to the spot and then sending off Blues defender, allowing Salah to step up and confidently crash home from 12 yards.

As the clock ticked down, the hosts lost some of their rhythm and tempo and the European champions held on for a creditable draw that quashes both of their 100 per cent records.

Next up, Liverpool visit Leeds following the international break, while Chelsea are at home to Aston Villa.