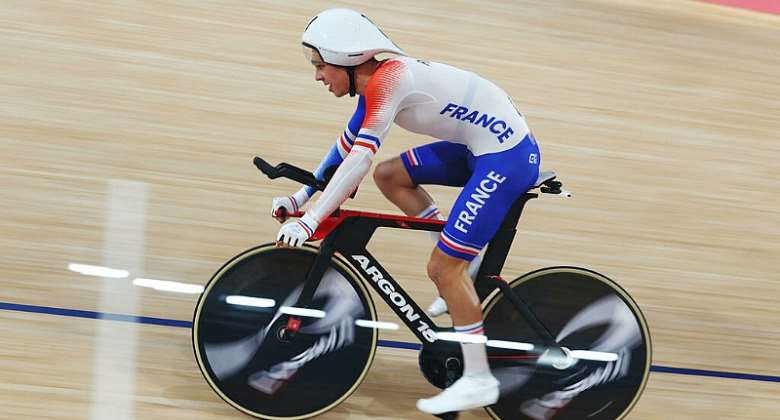 Alexandre Léauté got the second day of the Tokyo Paralympics off to a great start for France.

Not only did he beat Australian Darren Hicks, world champion in 2019, to win the gold medal, Léauté set a new world record of 3 minutes, 31 seconds on his way to clinching the decider.

Alexandre Léauté will have another chance on Friday when he competes in the one kilometre race, an event in which he currectly holds the world title.

Meanwhile, teenage Ugandan swimmer Husnah Kukundakwe said she felt like she could "touch the clouds" after making her Paralympic debut on Thursday -- saying she hopes her presence at the Games will help change attitudes towards disability in Africa.

Fourteen-year-old Kukundakwe, the youngest athlete at the Tokyo Games, swam in the women's SB8 100m breaststroke, finishing sixth in her heat.

The Games are being shown on free-to-air broadcast in 49 African territories thanks to an International Paralympic Committee initiative, and Kukundakwe hopes her race could have a positive effect.

"Africa in general will learn that people with disabilities are just like normal people, and they need to do whatever they want to do," she said.

"I feel like I could even touch the clouds because I'm the youngest here, and just seeing how the others are doing and swimming with them is such an amazing experience."

Kukundakwe said babies born with disabilities in Uganda are often abandoned by their parents, and she hoped the Paralympics would make them realise "the choice they made was really bad".

"Maybe giving these kids a chance, when they see that they're different from other people and they realise that they want to do something, sport can help them raise their confidence," she said.

Latest Photo Reports
Catch up with all the political quotes from our politicians.
Advertise here
More from Cycling
ModernGhana Links
Cowbell And Bic announce awards for cyclists who shine at 2022 Tour Du Ghana
Ghana Cycling Federation to organise Tour Du Ghana from 6th to 10th July
Tour de France leaves Denmark, plunges into 'the Hell of the North'
TOP STORIES