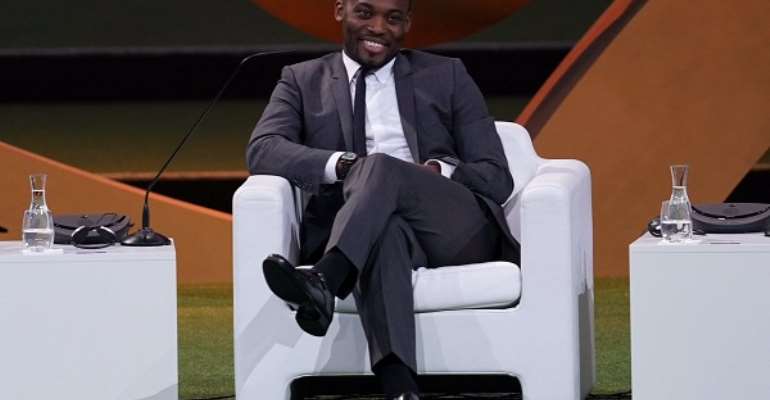 Former Ghana and Chelsea midfielder, Michael Essien has been named as a special guest for the 2021/22 Uefa Champions League draw.

The 36-year-old will be assisted by a former Chelsea teammate, Branislav Ivanović.

The pair of former UCL winners will assist in the draw which will involve teams including the holders Chelsea.

It will be recalled that Essien and Ivanović won the UCL with Chelsea in 2012 beating Bayern Munich on penalties.

The Ghanaian is now an assistant coach with Danish-side FC Nordsjælland after a career that also saw him play for clubs including Olympique Lyonnais, Real Madrid and AC Milan.

Twenty-six teams qualified automatically for the group stage, with the final six group stage berths being decided via the play-offs.

The teams will be split into four seeding pots. Pot 1 will consist of the holders, the UEFA Europa League winners and the champions of the six highest-ranked nations who did not qualify via one of the 2020/21 continental titles; Pots 2 to 4 will be determined by the club coefficient rankings.

No team can play a side from their own association. Any other restrictions will be announced ahead of the draw ceremony.

The full fixture list for the group stage will be communicated following the draw. The dates are as follows:

Police smoke out Shatta Wale, handcuff him for faking gun at...
30 minutes ago